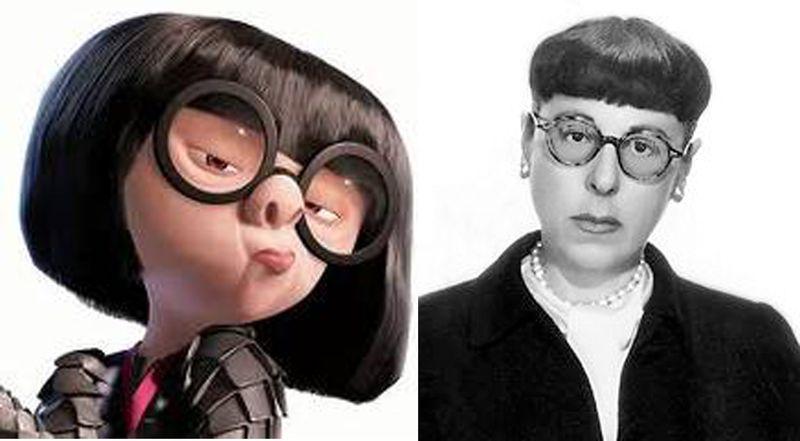 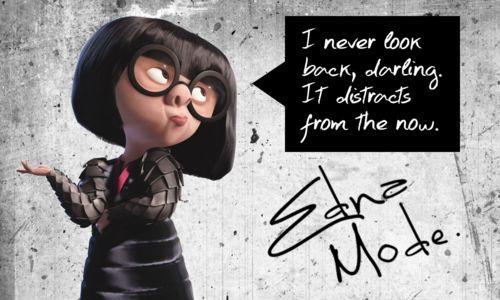 According to Pixar’s The Incredibles, Edna Mode is the woman who designed the costume for pretty much every superhero ever. Edna is a quirky, no-nonsense character who ends up being of great use to heroes – she’s the one who insists that no one in the family wears a cape, which is exactly what ended up causing the villain in The Incredible’s gruesome death (source: cracked.com). 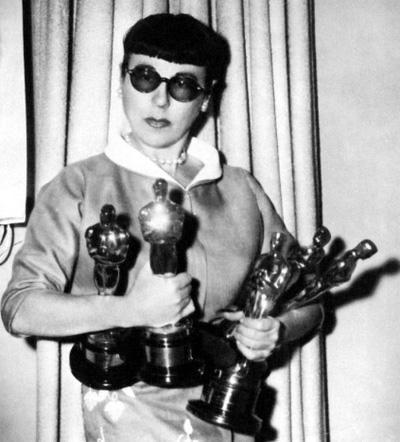 Edna’s character is primarily based on real-life costume designer Edith Head, whose career began in 1920s Hollywood as an assistant costume designer. Head eventually became the pre-eminent costume designer of Hollywood’s golden age, heading (no pun intended) Paramount’s and later Universal’s costume departments, and earning eight Oscars (and over 30 nominations) during a career that included work on hundreds of movies.

Like Edna Mode, Head was incredibly prolific: She’s listed as costume designer in 436 movies, including Vertigo, Rear Window, The Birds, and eight other Hitchcock classics.  While the look of Edna Mode matches Head’s, with large, round-framed spectacles and short, straight, dark hair; the character is also partly based on real-life Central Florida costume designer Una Jones who also possesses similar physical and personality features to Mode. The Incredibles writer-director Brad Bird is friends with Jones and found her to be the perfect model for the character. She also bears a striking, but coincidental, resemblance to actress Linda Hunt, whose short stature and hair cut are eerily similar (source: IMDb).

Head once said, “I hate modesty,” while Mode admitted that she was “the best of the best.”